All throughout history, there have only been a handful of moments that changed the world forever. Thanks to the birth of media and technology, we were able to witness and document some of those historic moments as they unfolded in front of our screens. Those key moments in history are even more important now as they served as evidence that how far we, as a civilization and as a society, have come in terms of belief and technology. And with the help of our trusted friend, the internet, we now have the luxury of accessing those moments whenever we want and wherever we want. As long as there’s a good internet connection, of course.

It surely is a great feeling to look back on those moments from time to time in order to remind ourselves of the great potential we humans have. These moments in history are some of the most thrilling things to witness and we have come up with a list of some of the most exciting moments to ever grace our televisions screens.

WEDDING OF THE CENTURY

It’s not every day that we get to see someone from the royal family get married. So when the Prince of Wales married Lady Diana Spencer in 1981, almost every British citizen was glued to their television sets. The event not only marked the beginning of a new era for the British Royal Family, but it also rocketed Princess Diana into superstardom. Diana, who was later given credit for being the “People’s Princess”, captured the hearts of millions not only in her home country of England but all over the world as well. Because of this, an estimated 750 million audiences worldwide paused whatever they were doing to see the charming new princess tie the knot with her prince. Although much of Diana’s life was shrouded with controversy, the fact remains that she changed the entire monarchy forever when she walked down that aisle on July 29, 1981.

SHOOT FOR THE MOON

To our founding fathers, a journey beyond the earth’s atmosphere may have seemed like a dream but on July 20 of 1969, that distant dream became a solid reality. The United States of America’s National Aeronautics and Space Administration embarked on a journey to bring the first humans to the moon. It was a massive undertaking and one that will forever alter the scientific world. As the clock ticked closer and closer to the launch of the Apollo 11, over 500 million people across the world stayed fixed on their television screens. It was definitely an ambitious stride not just for the United States, but for the entire human race so people cannot miss a single beat. As a result, almost all major news providers and networks across the globe ran a 24-hour coverage to make sure not a moment was missed. Today, as technology took over much of our human lives, the moon has become an object of competition for a lot of countries and all the credit goes to that one historic moment in 1969.

It is a well-known fact that Europeans, particularly the English, treat football like a religion. So when they first laid their hands on the coveted World Cup Trophy in 1966, the crowds fixated on their TV screens went bonkers! Most of us would probably do the same if our country’s athletes won a prestigious sports trophy while playing on their home turf. In Great Britain alone, the historic event amassed around 32.5 million viewers, and when the global numbers came in, it was reported that over 400 million individuals stayed tuned on the historic match. Because of this, England’s historic 4-2 win against West Germany was categorized as one of the most iconic moments in TV history. The event also catapulted the player’s careers to the point where they never have to worry about getting into debt or paying-off loans ever again. 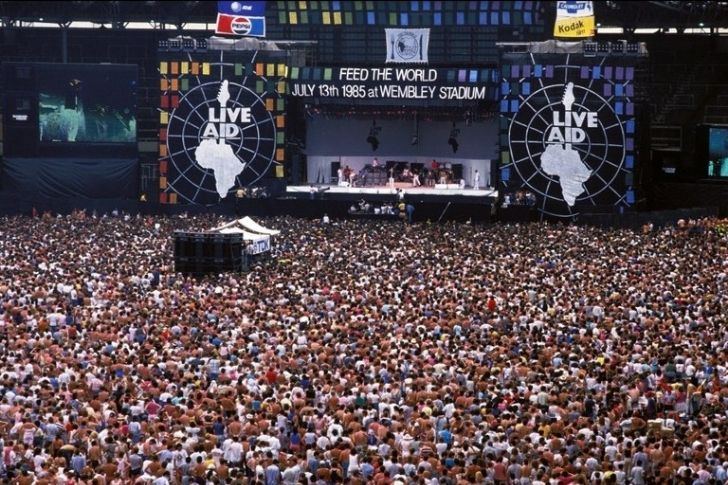 Although television was invented for a vast number of reasons, it has always served the most purpose for entertainment. So it’s no surprise that one of the most historic moments to ever be recorded on TV. history involves one of music’s most iconic figures.
The 1980s witnessed one of the biggest shifts in human interaction as the disease caused by the Human Immunodeficiency Virus clawed its way into the lives of members of the LGBT community. However, it was also during this time period that the world saw one of the biggest collaborations between celebrities and private individuals. The Live Aid event remains to be one of the biggest concerts ever held as it happened in two separate locations and in two separate countries simultaneously. The concert featured artists like Freddie Mercury, Phil Collins, Led Zeppelin, and many more. It was attended by about 175,000 people and was broadcasted to over 150 countries. In the end, the concert was able to raise 150 million pounds for the Aids Charity fund. The amount raised from the concert gave a lot of patients the insurance they needed to get treatment. 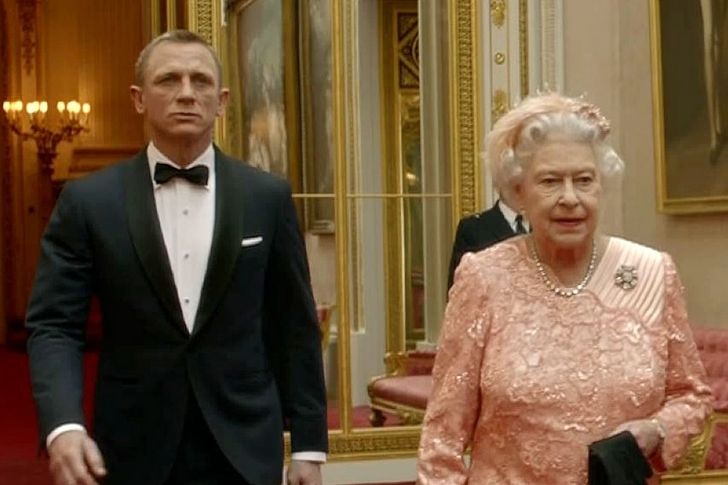 There is nothing quite like a massive sporting event to bring people together. When it comes to massive sporting events, there is probably nothing bigger than the Olympics. The event itself was designed to showcase the great lengths that human potential can achieve, so it’s not surprising that one of the biggest TV moments involves the Olympic opening. We’re talking about the 2012 London Olympic Games which featured Daniel Craig and Her Majesty, The Queen jumping off a moving helicopter and making their way into the stadium strapped in a parachute designed with the emblem of the British flag. It was quite an entrance and one that only 007 and the Queen can pull-off. Although the organizers of the show gave people the insurance of a massive audience, they would have never predicted the numbers that reached about 900 million viewers worldwide.

Based on materials from Vocalzone